Let's assume we define a Literal Input for customer as follows: 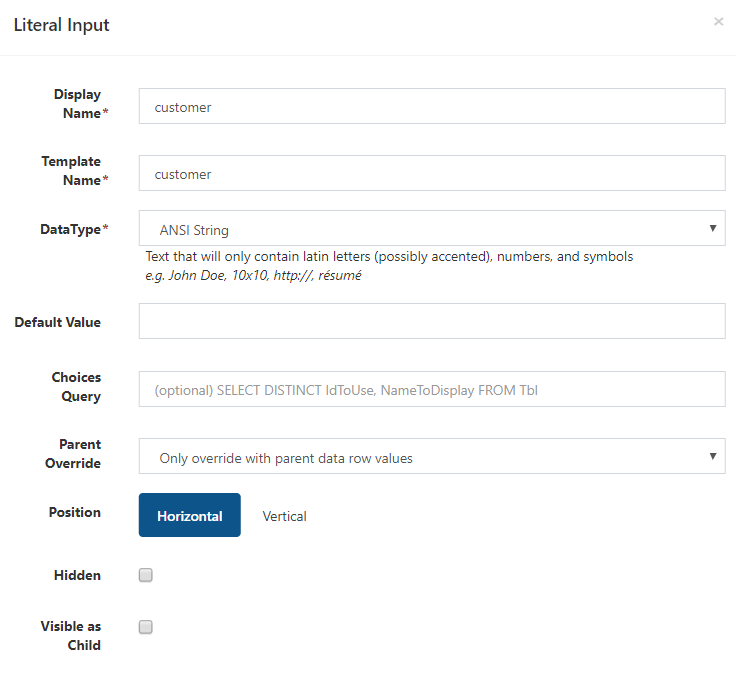 This will allow us to use {{customer}} as a parameter in our queries.

We can now write a query as:

This will translate to:

So, for example, on the View page of the QueryView, you will see this input field:

if you put in foo, your query will be set to:

if you leave the input blank, your query will be set to:

Now, in some cases, you may want to have NULL rather than an empty string. For that, use <NULL> as the default value in the Literal Input settings. 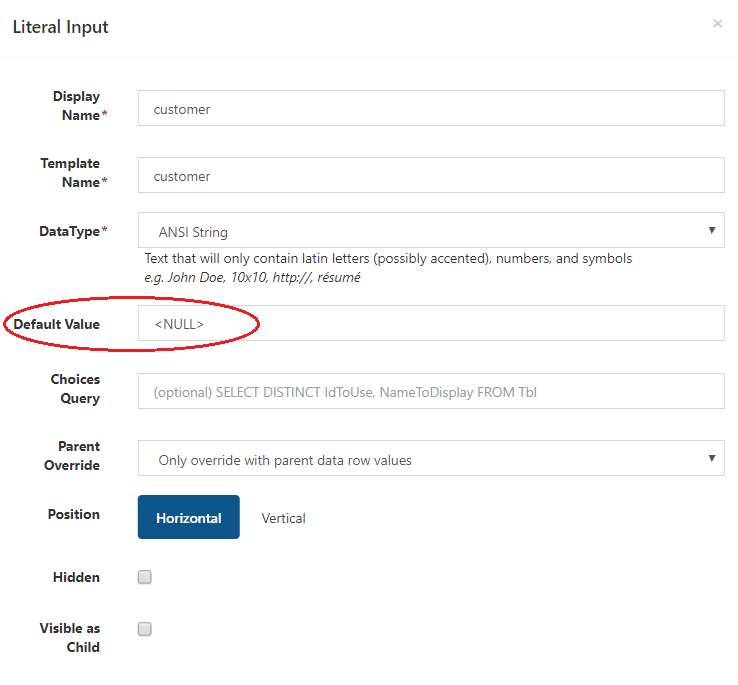 In this case, if the user-defined value is left blank, the query will be set as:

It looks like you're new here. If you want to get involved, click one of these buttons!